The story of East 17

East 17 — is a British music band, performing pop-rock, dance-pop, hip hop and rap. In 1990 this band was one of the most popular boy bands in the UK — the musicians sold over 18 mln records all over the world and their songs remained at the top of all the music charts for over 6 years in a row.

The band was found in 1991, when a 20 year old Tony Mortimer, an ambitious singer and songwriter contacted London Records recording studio.

The young artist was asked to form a band, this was the only way the producers would work with his materials. East 17 was formed of Tony’s friends, John Handy, Terry Coldwell and Brian Harvey.

The name of the band originates from the area where the boys lived and its postcode, E17 Walthamstow.

Tony Mortimer was mainly in charge of the song writing, while Brian Harvey requalified from being the backing vocalist and dancer and came to the front as the lead singer and the frontman.

It was not long till the talented band became really popular and gained a huge fan following. The music was described as “political, strong and stylish”. In a few years those bad boys with tattoos took over the absolute hit chart leaders of the time – boy band «Take That» with by Robbie Williams.

The singles from their debut album “Walthamstow” (named after their home town) were coming out of every single speaker and radio station, and the song “It’s Alright” quickly became number 1 hit in Britain, as well as in Europe and Australia.

The secret to such success was not only in their cool look, but also in their lyrics – they contained political content on the most current topics: war, peace, equality, love etc.

The next 2 albums “Steam”  and  “Up All Night”, released in 1994 and 1995 were equally successful. During this time the band was touring a lot and even visited the Sports Complex “Olimpijski” in Russia.

In 1997 Tony Mortimer decided to leave the band due to some tension between its members. Renamed into “E-17” the band continued performing, releasing their new album “Resurrection” — however without the signature touch of the band founder Tony Mortimer, the songs turned out to be completely different.

After years of discussions, Tony Mortimer came back to the band in 2010, taking over the reign of the scandalous Harvey. A new album called «Dark Light», was released and the band slowly transitioned into rock. Tony Mortimer did not last long and in 2013 he went solo again.

At Present “E-17” is represented by John Handy, Terry Coldwell and Robby Craig, who joined the band in 2014. East 17 are often invited to perform at corporate parties, festivals and other events. The musicians play all of the hits that bring out a strong feeling of nostalgia, as well their new songs that are just as good.

Throughout the years of the band’s existence 6 albums have been released: first 3 being the most popular.

This album was a strong number 1 in the UK Albums Chart, it became Platinum in Great Britain and won a prestigious Mercury Prize. Top hits – “House of Love”, “Deep” и “It’s Alright”.

This album became Platinum in the UK twice. The boy band were nominated for the Brit Awards in the category “The best single” with their song «Stay Another Day”.  It remains their best song until now. A complex song «Let It Rain» was remixed multiple times and became very popular in Israel.

Unlike the previous albums, this one contains songs written by all the band members, not just Tony Mortimer. The album became Platinum in the UK and was a strong number 1 in the Russian Best Albums rating, “Thunder” being its most popular song.

The forth studio album was produced without Tony Mortimer, it also became the last one for Brian Harvey. The songs are softer and have R&B vibes, in comparison to the dance hits from the previous years.

The albums consists of 10 songs, most of which can be considered rock. Recorded with Blair Dreelan, who was the vocalist at the time, the album was initially called «Recharged». Blair Dreelan stayed in the band for less than a year and after his departure some of the songs we re-recorded and removed.

This album symbolises the band’s return to pop music. The musicians have recorded several dance tracks and also included some of the most popular hits. 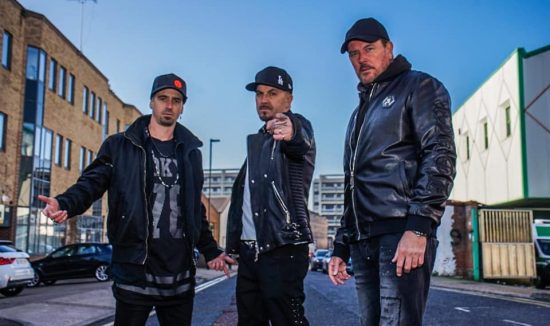 If you want to make your party truly unforgettable and surprise your guests with great dance music, you should consider booking a show of East 17. Their lively cheerful music and love songs will be a great final touch to any event.

You can book East 17 for a public show, festival, corporate party, New Year’s party, birthday celebration, wedding, presentation and any other type of event on the official website of East 17.

Please note that the band is popular in the UK, as well as everywhere else in Europe, advance event booking is recommended.

Please contact us via the form on the website below directly to confirm the availability and the fee for the event.